Dingli is a lovely quaint village. On the west of the main island of Malta, the village is situated on a plateau enjoying the cliff edge overlooking the azure blue Mediterranean sea.

Last time we featured a little boutique winery from Dingli – Markus Divinus. Today we are going more down to basics visiting a local breeder of sheep and goats. Joseph Muscat, or better known as ‘Ġużu tal-Beżuża‘, is one of a rare breed of local breeders who keep the Maltese artisanal cheese making industry going.

“This is my work but it’s also a passion. I come here every day to feed and milk the sheep and goats. I love these animals. Here, on the Dingli cliffs, it’s peaceful and quiet. I wouldn’t change this for anything else in the world. As a young boy, I was always running after my father while he tended to the animals. And then it was my turn. My father used to go around in the streets with the animals to sell milk.

I’ve had them for 70 years now. I’m 77 years old and I still feel good. This work has kept me alive and full of energy because it keeps you on your toes. An athlete has to wake up early every day to run…well, so do I.

I milk them everyday, otherwise they’d get ill. I milk them first thing in the morning and then give the milk to my wife to make fresh cheeselets. These are in high demand: the number of animals is dwindling but the demand is growing stronger. Nowadays, kids don’t even know what sheep or goats are.

Due to the pandemic, I wasn’t taking the goats out into the pastures to graze. Usually, in winter, I bring them here to graze. I visit them every day, including holidays. You’ll see me here by 6.30am, come rain, come shine…even when it’s raining heavily. I spend about an hour and a half here…working non-stop. Then I go home, have a cup of coffee and a toast and come back here to milk the animals. They provide milk all year round. In the evening, I come here again to feed the animals. Even when you’re not feeling well, you still have to show up. I wonder what would happen if I had to go to hospital? That’s the only thing that worries me.

I sheared them in May because of the heat. All of them recognize me. They aren’t scared when I approach them. Usually, on the 29th June (l-Imnarja), I take them to Buskett. This year was different. Although the exhibtion was cancelled, I still went…to keep up with the tradition. I started crying as soon as I got there, everything was so different.

My wife would be devastated if we stopped, and I would feel the same. This is like a hobby to us, rather than a job, so I don’t mind at all. Nowadays people are more appreciative of the work because it’s becoming rarer. Many approach me to ask if they can take photos of their children with the sheep and goats. What will happen once I’m gone?

Well, there’s nobody left. And if today was my last day on Earth, they would sell them straight away, even before they bury me.  My children won’t do this work because it’s not enough. When my father stopped working here, it was a harsh blow for him. He passed away four years after. Nowadays, I regret having told him to stop. I hope that my children won’t do the same. If I were born again, I would lead the same life. I wouldn’t change a thing.” 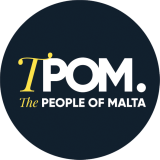 All in the family for the pumpkin harvest

Freshly Made Every Day

Easter in Malta must include a ‘figolla’